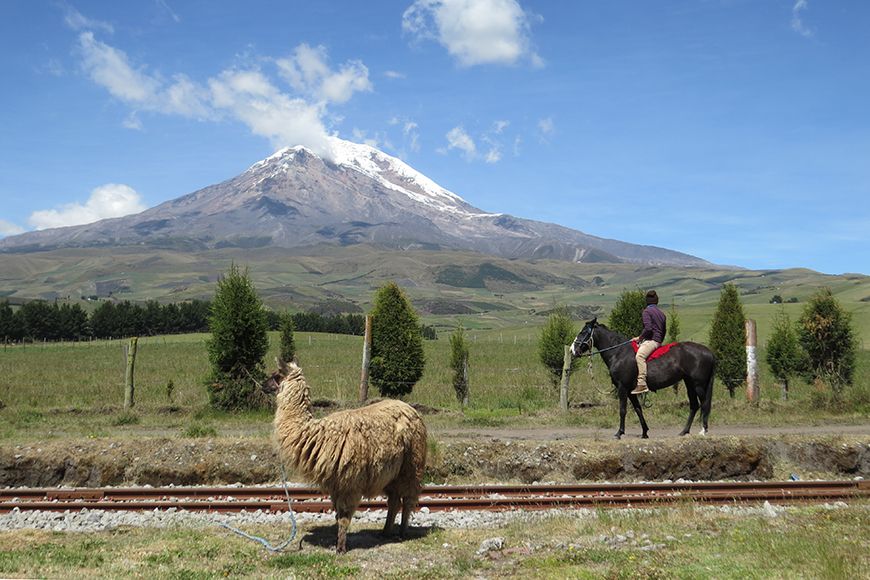 A donkey called Kudu in the Andes

As one of the guests on the Ecuador and the Galapagos Islands this November put it:

‘This was actually two trips in one. We were able to get a feel of both the Ecuadorian culture and countryside and then we got to experience the evolutionary wonder of the Galápagos Islands.’

And this what the tour leader, Fi Lowry, reported:

You will be very surprised to hear that there is now a donkey called Kudu in the high Andes! When we visited the last ice maker, Balthazar, we discovered that his working donkey had just died, so after I ascertained that a new one would cost $280, I suggested that we crowdfund a new one at $20 pp - guests thought this was a brilliant idea and Balthazar was thrilled when we handed over the cash, and he immediately decided to call the donkey Kudu (though I am sure he doesn't know what a kudu is!).

We were fortunate enough to have some rare or lucky sightings, including sei whale, endemic rice rat, the first record of vermillion flycatcher for Fernandina island, flowering tree orchids on Isabela island and flocks of roseate spoonbills all around us on a walk before the mangrove trip.