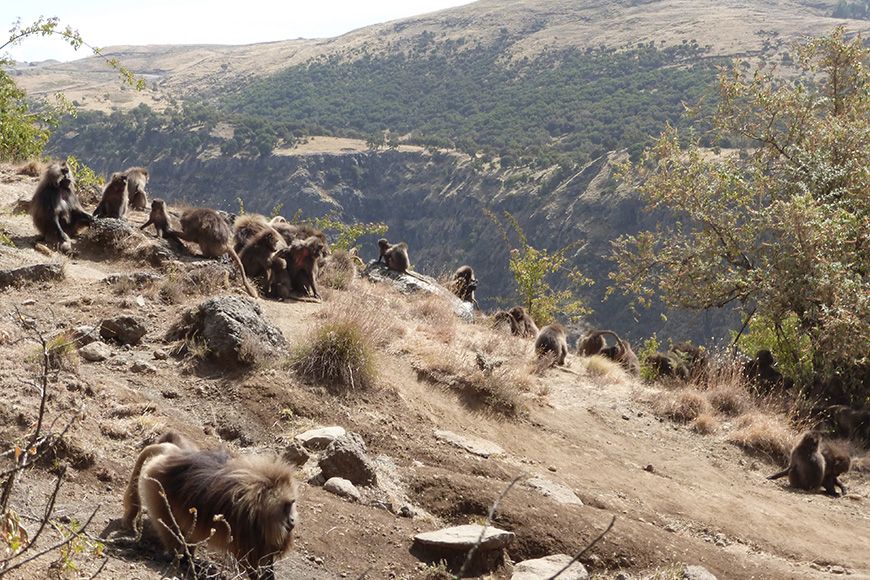 During our two weeks in Ethiopia we spent 3 nights in the Simien National Park, based in the Simien Lodge at the altitude of 3260 m.

The evening we arrived we watched a film on Gelada monkeys (shown most evenings in the Lodge) and we were keen to observe them live. The following morning we set off on foot from the lodge and walked for about two hours along the edge of the escarpment before encountering our first group of geladas.

Later that day we watched another group feeding on grass and drinking water from a river. The next day we saw two more groups in another area of the Park. 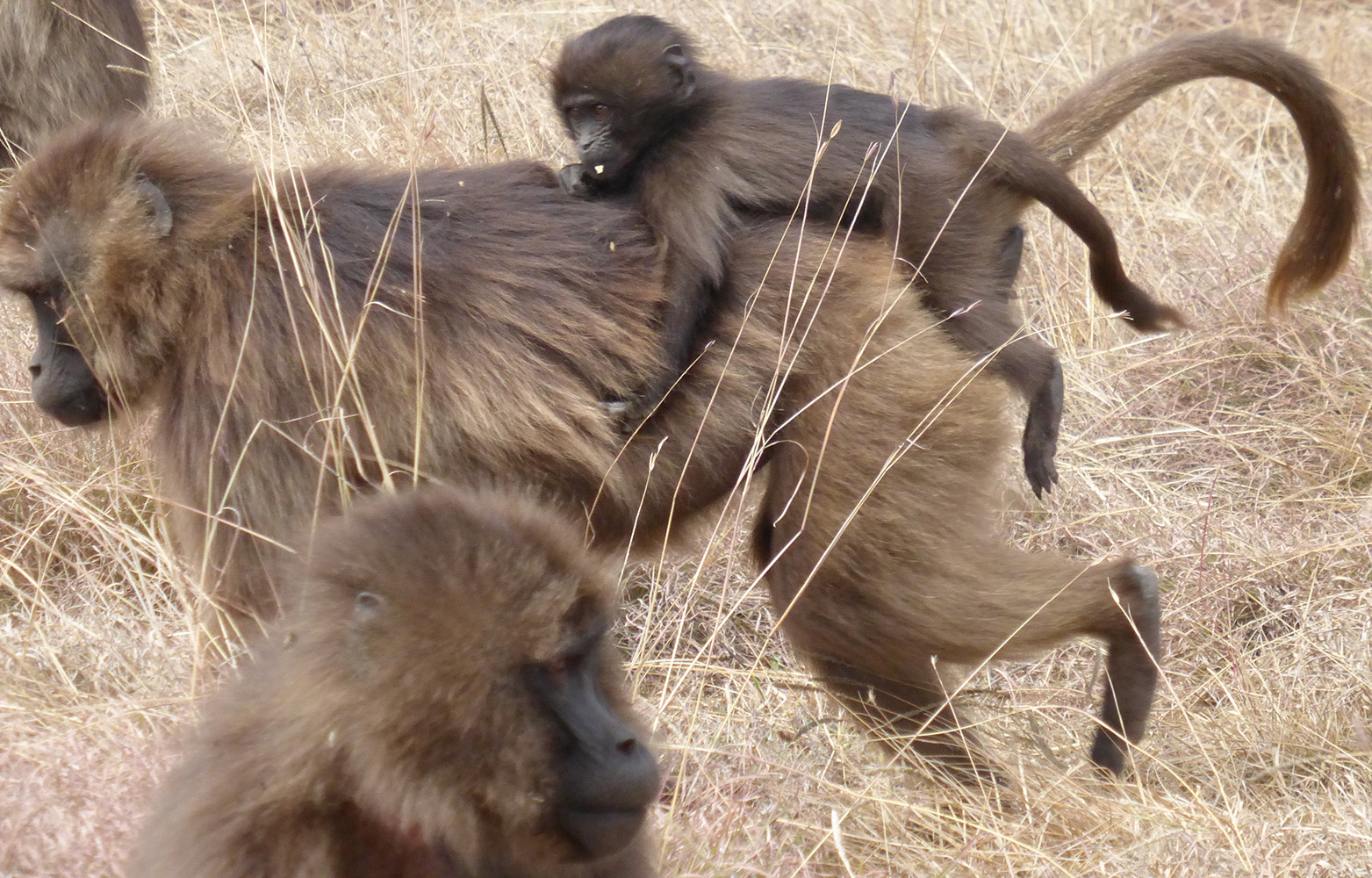 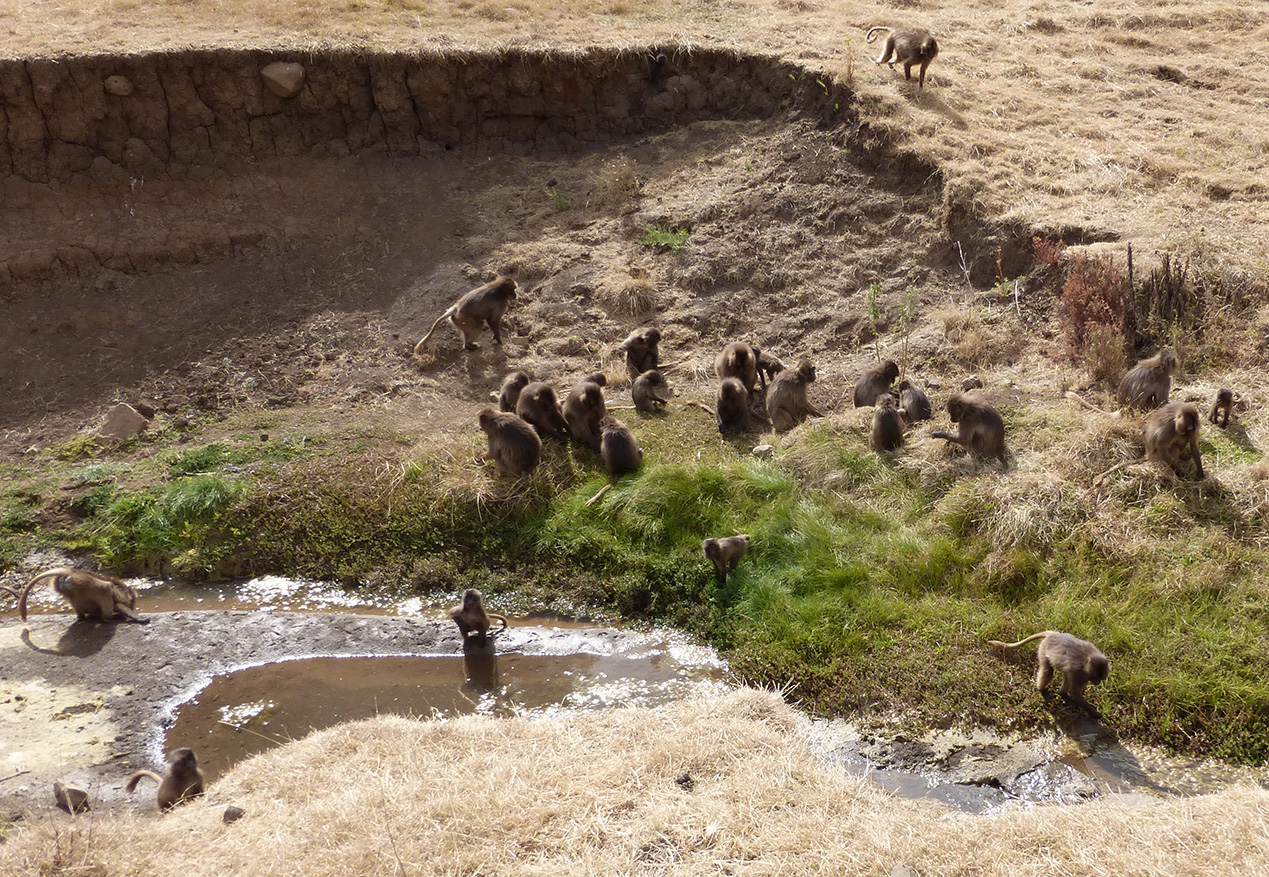