France: In the Cévennes and the Grands Causses

By Katharine Fedden, recently returned from France ~ Walking on Shepherds Trails in the Cévennes and Grands Causses

While the rest of France was under floods, the Seine in Paris overflowing its banks, we were on the high limestone plateaux of the Causses.  It rained certainly but it did not stop us exploring. Sheep and how they have shaped the life and landscape on these high plateaux (1000 meters) was a constant motif of the week. We saw sheep unfurling like a wave from their fold onto the green hillside where the grey rocks were highlighted by the many Amelanchier rotundiflora bushes with their white flowers, with Pulsatilla rubra and Daphne cneorum growing around them. 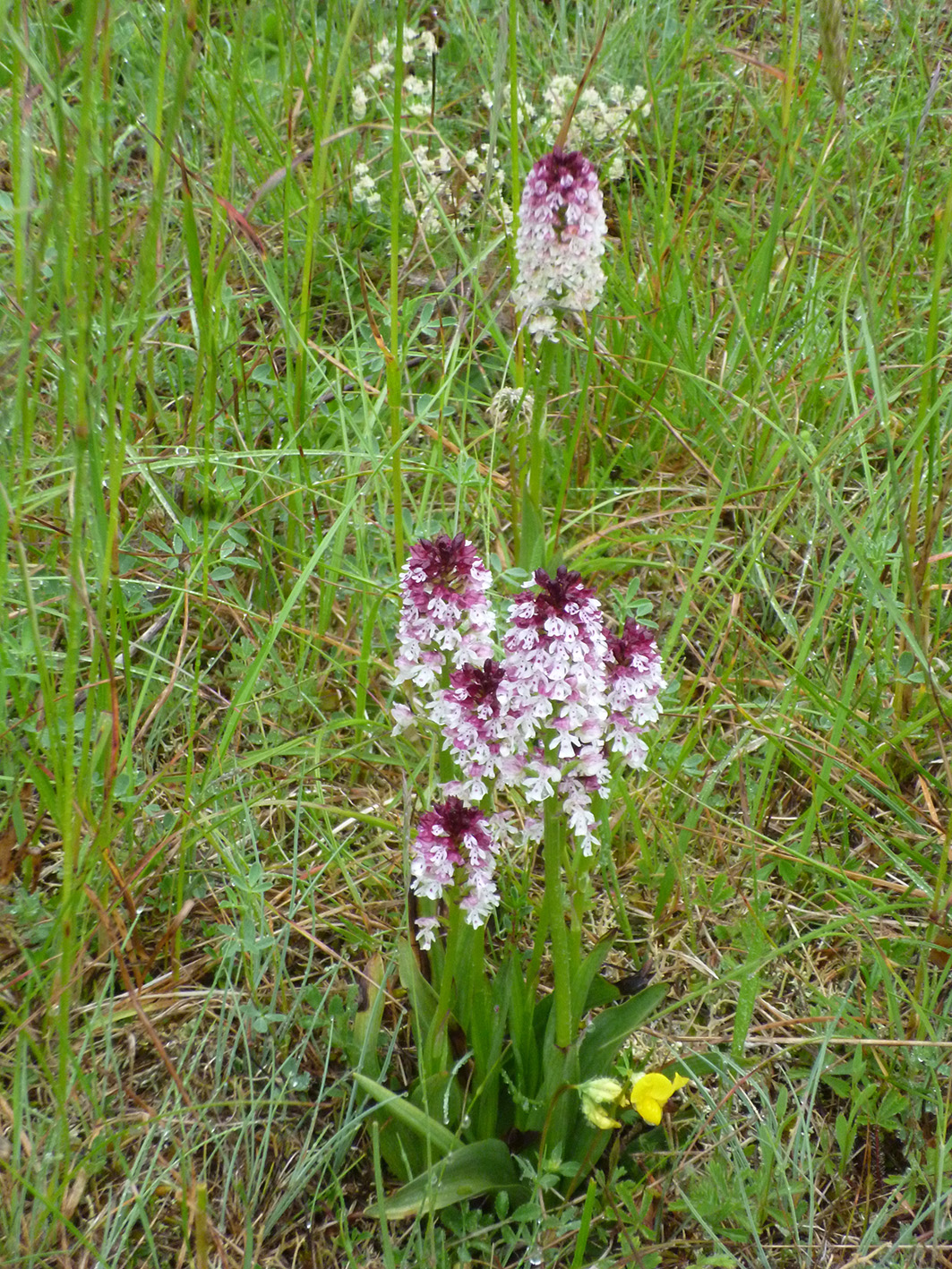 We had a tasting of seven varieties of sheep’s cheese, from the mildest to a more pungent one covered in ash. A creamy one surrounded by a strip of larch wood called ‘Claousou’, which is the Occitan word for a little garden surrounded by a wall to protect them that you find in the villages on the Causses is my favorite. A Roquefort Tart which we ate on a picnic under the impressive rock formations of Roquesaltes was delicious and the fact that we had to avoid sitting on the numerous flowers around us, among them burnt orchids and all colours of Milkwort, only added to the pleasure. We ate sheep pâté and then walked along the drover’s path past the farm which produced the pâté spotting orchids along way; highlights were the endemic Ophrys aveyronensis and the Ophrys insectirefa aymoninii.

Other plants I enjoyed were  an endemic gentian Gentiana clusii costei and an endemic carnivore Pinguicula longifolia caussensis, which has a delicate blue flower growing on a long stalk so that the pollinator will not be trapped by the sticky leaves below, which we saw at the Lady’s Slipper Orchid site. As always the glory is to see fields dotted with flowers, swathes of narcissi, buttercups, and the orchids:  Military, Monkey, Lady, Man, Butterfly, Fragrant etc. are an added delight.

The vultures seemed to stage a fly past every time we were on the edge of the Gorges, many Griffon Vultures and a few Black Vultures, very impressive to see these massive birds gliding past. Nature knows how to plant a garden far better than man. Our feet were wet but our eyes have seen great treasures. 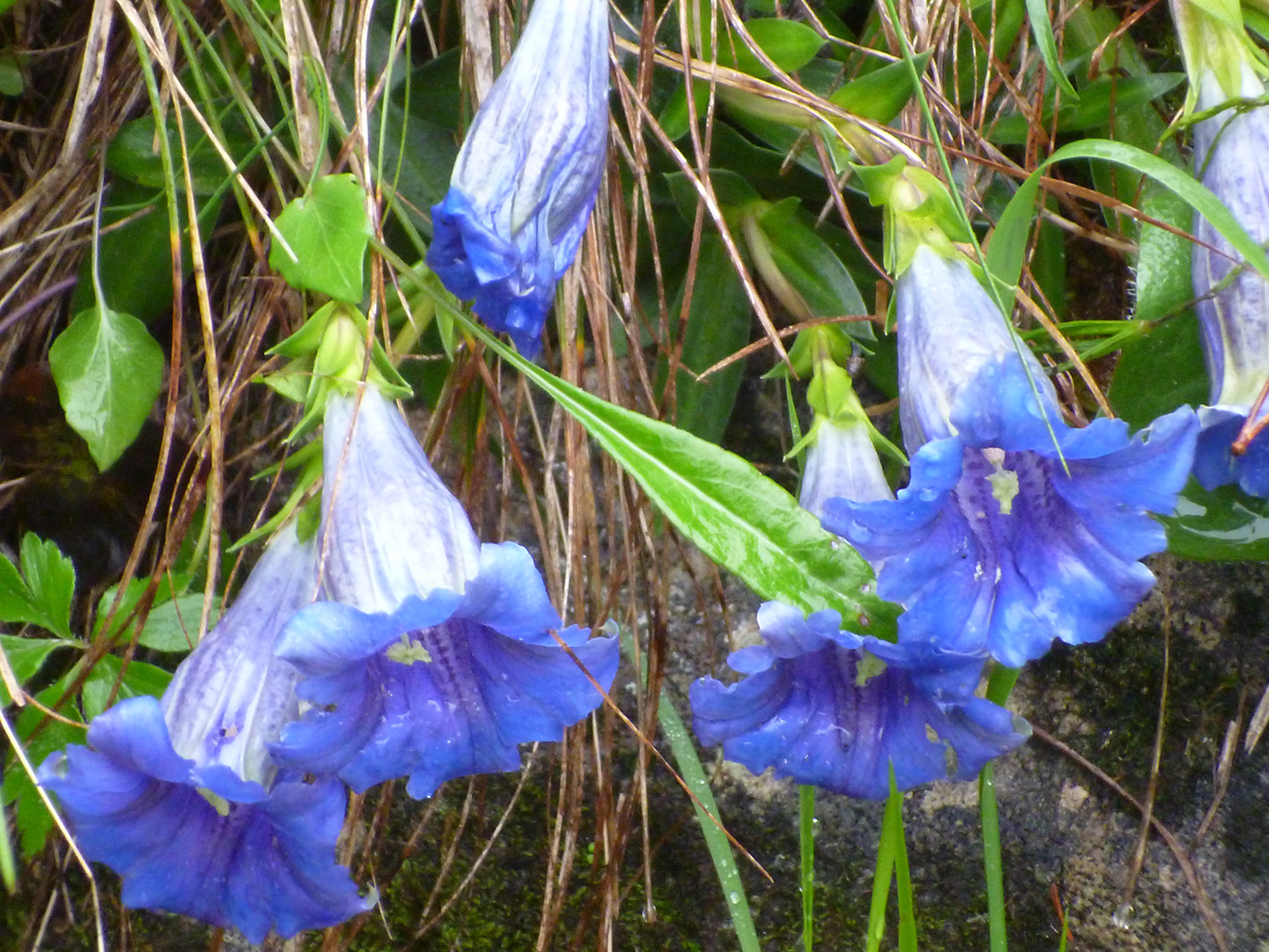