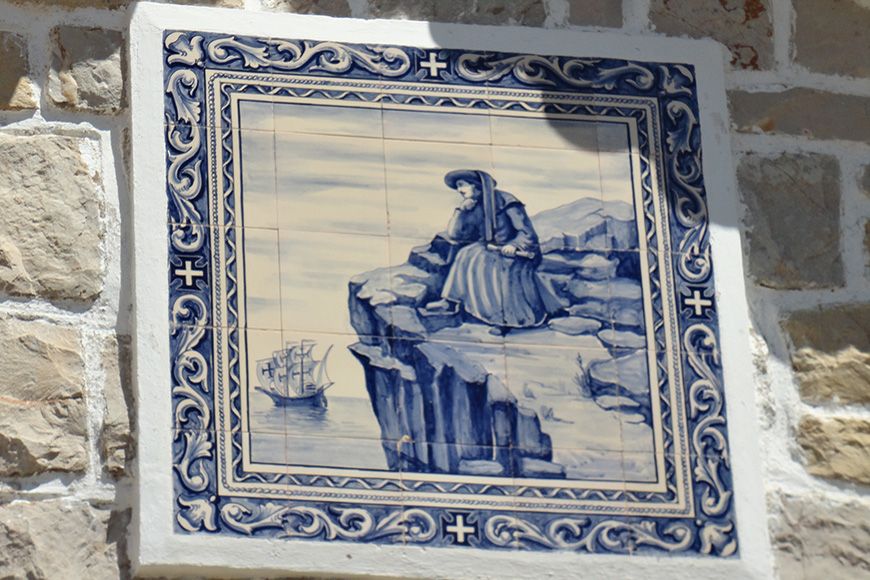 Portugal: Henry the Navigator – the man and the myth

By David Owen, recently returned from Walks, Orchids and Birds on the Edge of Europe on Cape St. Vincent in southern Portugal

Henry was the third son of King John 1 of Portugal and his English wife, Philippa of Lancaster, the sister of King Henry IV of England and daughter of John of Gaunt, he of the famous ‘scepter’d isle’ speech in Shakespeare’s Richard II. 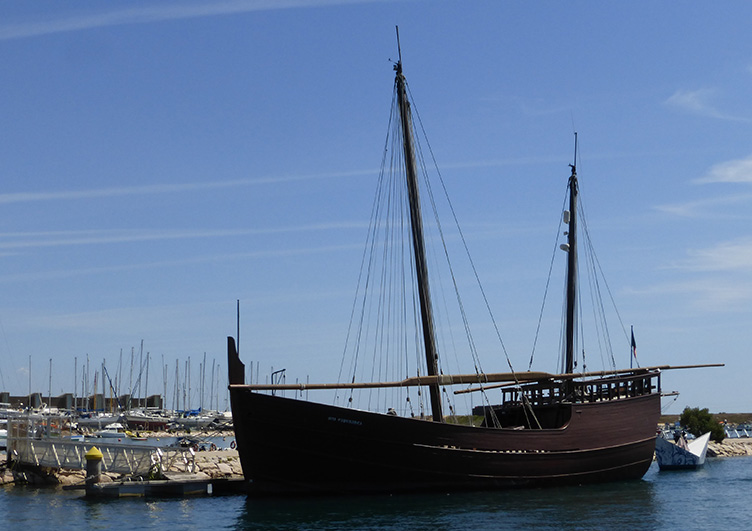 Henry was the man who initiated the age of discovery for Portugal by designing a new type of ship, the caravel, which enabled mariners to sail into the wind and operate in shallow waters along the Mediterranean coast and later along the African Atlantic shoreline. Though he participated in early voyages of conquest in North Africa, establishing the Portuguese colony of Ceuta, thereafter he left more far flung adventures to explorers such as Gil Eanes, Diogo Gomes, Dinis Dias, Nino Tristao and Antao Goncalves. During this process of expedition, Henry became pivotal in the establishment of the Atlantic slave trade through the discovery of the mouths of the Senegal and Gambia rivers.

Henry was neither a great sailor nor a navigator. But he did sponsor numerous voyages which took the Portuguese to the Madeira islands, the Cape Verde Isles and beyond the Cape of Bojador, which was, at one time, viewed as the end of the world. Even this is doubtful as the somewhat uncertain navigational skills of 15th Century sailors may have actually mistaken Bojador for the Cape Juby, which had already been sailed past by previous adventurers.

Henry was put in charge of the Order of Christ, the successor body to the Knights Templar, and used its funds to launch his voyages. Described as leading a monastic life, he is also rumoured to have sired an illegitimate daughter and been regularly reprimanded by his elder brother, the then King Edward, for his extravagance and unscrupulous business methods. History presents Henry as a champion of Christianity against the spread of Islam but there is little evidence to substantiate this claim.

In 1437, Henry mounted a disastrous expedition to conquer Tangier and was only allowed to retreat with his forces intact by leaving his brother, Fernando, as a hostage. Fernando was never ransomed and died, still a captive, six years later.

Henry kept himself aloof from the internecine battles which occurred between the two branches of the Portuguese royal family following the death of his elder brother, concentrating on exploiting to the fullest his exclusive rights to trade with the Guinea coast of Africa and his monopoly on tuna fishing in the Algarve. 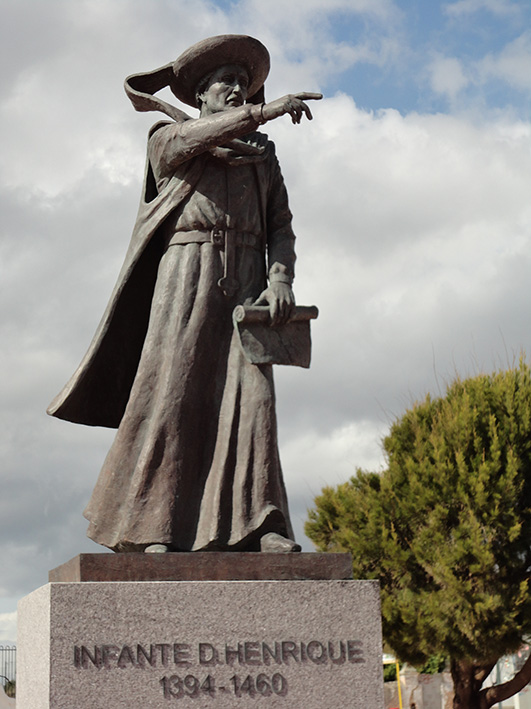 It is said that Henry established a school of navigation at Sagres, but again there is little evidence and it would appear that most of his sponsored voyages sailed from Lagos further down the Algarve coast. This does not prevent Sagres from claiming him as a native son. Indeed, Sagres is well worth a stay if only for the magnificent statue of Henry in a square also used by locals for playing a Portuguese version of petanque or petanca and the magnificent views out over Cape St Vincent with the next stop America.

Unfortunately, even the ‘Navigator’ title was never used during Henry’s lifetime, being invented by two nineteenth Century historians. The Portuguese themselves still prefer to refer to him as Infante D. Henrique or Prince Henry.

No doubt, Henry was a motive force in the golden age of Portuguese discovery but perhaps one of his wisest moves was to commission a biographer, Zurara, to write hagiographic accounts of his life while he was still alive.