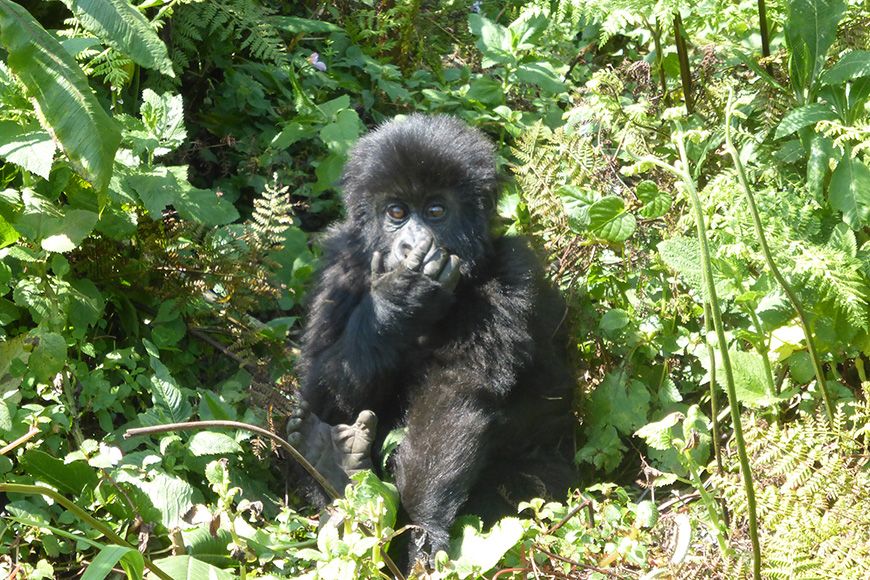 The original blog is on https://davidgwynnowen.wordpress.com/2017/01/22/into-africa/

You cannot ignore the fact that in this country, barely 22 years ago, one group of people decided to kill between 800,000 and 1,000,000 people in three months, merely because they were different. Of course, this was not the first genocide nor – regrettably one suspects – will it be the last. Armenia; Germany; the list could include many countries and one is only dealing with the 20th century. But somehow the brutality of this mass slaughter in such a brief period gives one more than pause for thought. There will be people on the streets and in the fields who, to say the least, were affected by these events. One will see Batutsis; Bahutus and Batwa.

I have read Gérard Prunier’s excellent book describing the causes and history of the genocide and the more prosaic, but more personal, An Ordinary Man, the ghosted autobiography of Paul Rusesabagina, the eponymous Hotel Manager of Hotel Rwanda. But can anything prepare one for ‘a country that almost slaughtered itself out of existence’ to quote a 2007 speech by President Bill Clinton? Schindler’s List did not deaden the horror of Auschwitz.

We will visit the gorillas; see the colobus monkeys and the chimpanzees; hopefully, watch hippos, elephants and giraffes, while catching brief glimpses of the myriad number of brightly coloured birds; and experience new tastes and sights. But I believe travel should educate the traveller and change the tourist: will Africa change me? Will Rwanda tell me something about myself as well as inform my view of a continent the surface of which I have only scratched?

That early call is followed by a departure at 06.30 for registration at the Gorilla Centre. Only 80 people a day are allowed to trek the gorillas and they are divided up into ten groups so that they visit individual groups. The trek itself is expensive and tipping is obligatory for porters, guides and trackers though the sums involved seem very reasonable and, after all, the U.S.A. is also a tipping economy.

Again, the porters may seem a luxury but this helps the local economy and your author did appreciate being pulled and assisted up a moderately hard trek to the Sabinyo Gorilla group by a combination of my porter, Jack, and a tracker called Marc – possibly not their real names.

In order to make up our party to eight, we are joined by two Americans, one of whom remarked that, having visited 20 African countries, he found Rwanda the best in terms of tidiness, service, beauty, food, etc.

The Sabinyo group has 18 members including the famous silverbacks i.e. adults over 12 years of age, at which time their jet black hair starts to turn grey on their back and parts of their torso. In this group there are two silverbacks, one of 44 and one of 22; blackbacks aged between 8 and 12; and various females and children of varying ages, including a baby of three/four months. We see both the silverbacks eating and relaxing. The 44 year old, called Guhonda, is the oldest gorilla in the tourist groups – the groups are split between tourist and research – and his son, Gihashamwotsi, has started to exert greater influence in the group. They are magnificent beasts and their enlarged family cluster round them in various parts of their home range. We have to move as they do, but in doing so we see 14 of the 18 members, including small babies and youngsters, with a brother and sister mock fighting.

You are asked to remain at least 7 metres – over 20 feet – away from the animals, but no-one appears to have told the gorillas this fact. They fall almost into one’s lap and a mother with a baby clinging to her back brushed past your author’s knee.

How tough is the trek? Your author is a gentleman – no comments please – of a certain age and our Kudus have almost the same seniority, apart from our trusty leader. We all managed it and there was not a single complaint or regret.

A memory that will linger as long as memory does.