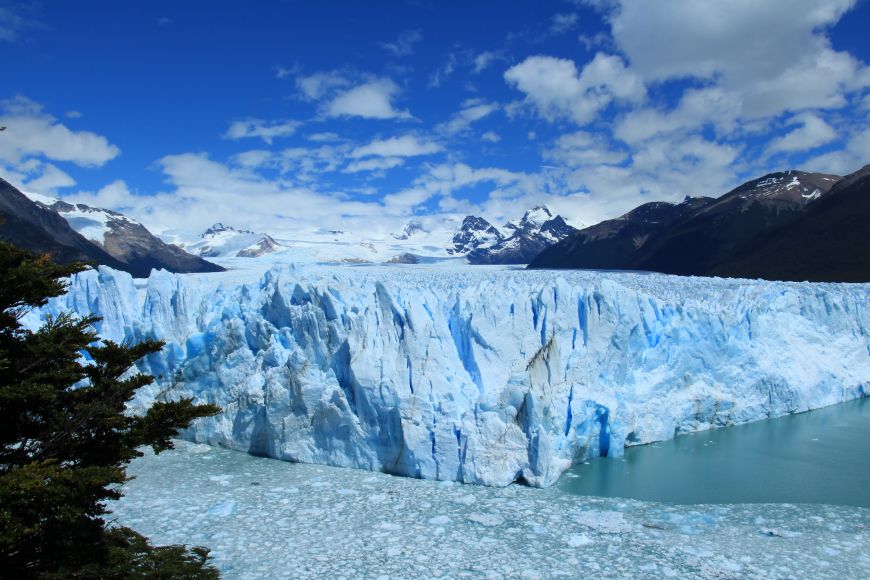 
With 12,000 years of continuous history, Patagonia still holds a fascination few travellers have encountered. 90% of its vast steppe-like land is in Argentina and the remaining 10% in Chile; this unique territory borders three oceans and is inhabited by barely 2 million people, occupying an area more than four times larger than the United Kingdom. 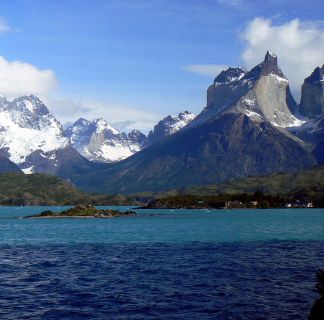 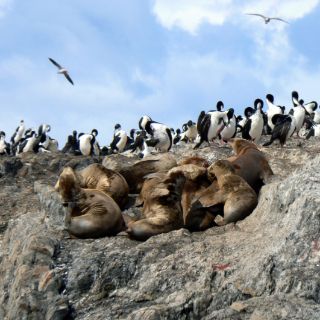 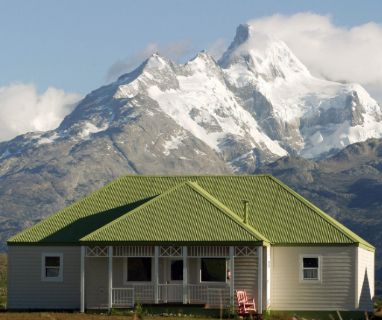 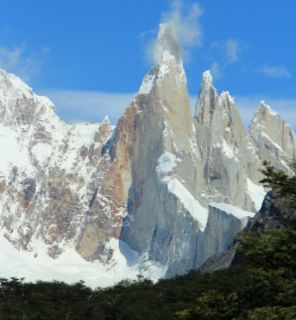 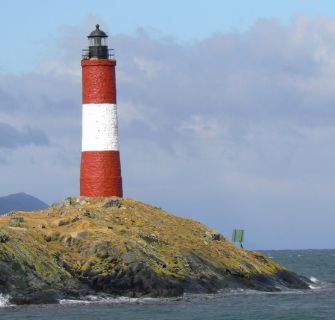 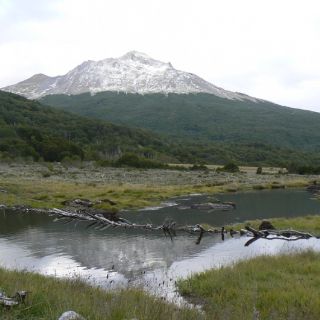 After meeting at Buenos Aires airport in the morning, we have a road transfer (1 hour) to our 5-star central hotel. We walk in the renovated waterfront area and see the iconic Calatrava bridge and the historic Corvette ‘Uruguay’. Buenos Aires was founded in the 16th century as Holy Mary of the Fair Winds, the latter part of which is represented by its current name.

We continue our exploration of Buenos Aires by walking to the Plaza San Martin through the embassy district and visiting the famous Recoleta cemetery, the burial place of numerous Argentine presidents and notables including ‘Evita’ Peron, before reaching the state-of-the-art Modern Arts Museum (MALBA).

We take a 2-hour flight from Buenos Aires to Bariloche, the gateway to the Nahuel Huapi National Park in the Argentine Lake District at the foot of the Andes. We stay for two nights in a 4-star hotel on the southern shore of Lake Nahuel Huapi. During our orientation walk, we discover the characteristic Andean-Swiss architectural style, built in the 1940s using cypress and larch wood and locally quarried tufa, with examples such as the lake front Cathedral of Our Lady of Nahuel Huapi and the nearby Centro Civico, the left wing of which houses the informative Patagonia Museum in its impressive complex.

We walk on trails in the native forest and enjoy views of the lake with its meandering lagoons and the snow-covered peaks of the surrounding mountains rising straight from the water. The gastronomic highlights of Bariloche, a city which grew from a German-Chilean shop opened in 1895, include chocolate, trout, lamb and craft beers.

A midday flight to El Calafate brings us to Southern Patagonia and the Los Glaciares National Park. The park was established in 1937 to preserve the 47 glaciers within its area and awarded UNESCO World Heritage Site status in 1981. From the airport, we head for El Chaltén in the northern sector of the park. We drive for 3.5 hrs, partly along the scenic National Route 40, which runs through Argentina, parallel the Andes for more than 5,000 km. Approaching El Chaltén, we have views of the Lago Viedma with the Viedma Glacier in the distance and, weather permitting, Cerro Fitz Roy, the iconic 3,405 m mountain named in honour of HMS Beagle’s captain, Robert Fitzroy. Our 3-star hosteria makes a charming and comfortable base for our three nights’ stay.

We spend two days walking on trails in the Los Glaciers National Park. We are rewarded by outstanding alpine scenery with lakes, rugged peaks and glaciers.

Our destination today is the Perito Moreno Glacier, named after the prominent Argentine explorer, Francisco Moreno. Rare amongst the glaciers around the world, it is considered stable by glaciologists. The glacier is 30 km long, 5 km wide and on average, over 70 m deep. We spend the afternoon accessing different viewpoints on foot using dedicated trails, hoping to witness the glacier calving, the process of ice sheets breaking off the edge of the glacier. We spend the night in a stylish 4-star hotel in El Calafate, a small administrative town on the shore of Lago Argentina.

We board a catamaran for a scenic three-hour journey into a northern branch of the enormous Lago Argentina. We make a detour into the Upsala Channel to see the terminus of the Upsala Glacier and by lunchtime we are at the remote Estancia Cristina, established in 1914 by an English sheep farming couple, Joseph and Jessie Masters. After settling into our exclusive accommodation, we have an option to stretch our legs on an easy walk to a waterfall (5 km round trip).

Our programme today starts with a 4WD drive to a viewpoint with spectacular views of the Upsala Glacier, Lago Argentina and the Cerro Norte Peak (2,730 m/9,000 ft). We continue on foot as our walk (13 km/8 miles) descends through a valley of multi-coloured seabed deposits with many fossils.

Following a leisurely breakfast, we have some free time to enjoy the unique setting and to visit the estancia museum in the old sheep shearing shed, before, perhaps reluctantly, we rejoin civilisation by boat and minibus and return to our stylish 4-star hotel in El Calafate.

We travel across the border to Chile to the famously scenically beautiful Torres del Paine National Park and settle in our riverfront 4-star hotel for 3 nights.

Using vehicles and ferries, we explore different areas of the national park, a featured part of the End of the World Route. On our walks we look out for guanacos, condors, the ostrich-like rheas and the elusive pumas. This is also a good time for spring wildflowers including an early orchid, Gavilea Auracana.

We return to El Calafate for an afternoon flight to Ushuaia, the capital of the Argentine province of Tierra del Fuego on the shore of the Beagle Channel. Our base for 2 nights will be a modern 4-star hotel in the city centre, with views of the Channel in front and mountains behind.

We spend the morning walking in the Tierra del Fuego National Park on trails in the native sub Antarctic forest. In the afternoon, we take a 3-hour boat trip on the Beagle Channel looking out for sea lions and sea birds, such as albatross and petrel.

The Maritime Museum, housed in one of the buildings of the original penal colony established in 1902 and now within Ushuaia’s naval base, has displays on the extinct indigenous Yamana and Ona population; the history of the penitentiary and Antarctic explorations. We take an afternoon flight to Buenos Aires and transfer to our original 5-star central hotel. Following our farewell dinner, we may proceed to a milonga to watch or even take part in genuine tango dancing.

There is some free time for shopping or individual pursuits before an airport transfer ends our journey.

This itinerary will be adapted according to group fitness and local weather conditions: the final choice of walks, based on group comfort and security, rests with the tour leader.

Please note that the single use supplement is imposed by the hotels and not by Kudu Travel. If you are willing to share, but no other suitable guest books on the trip, we regret that the supplement will be payable. 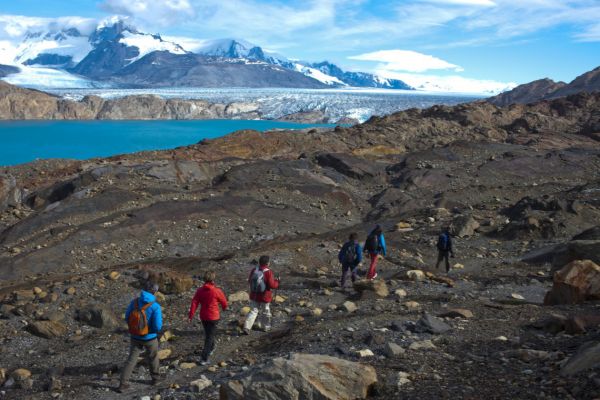 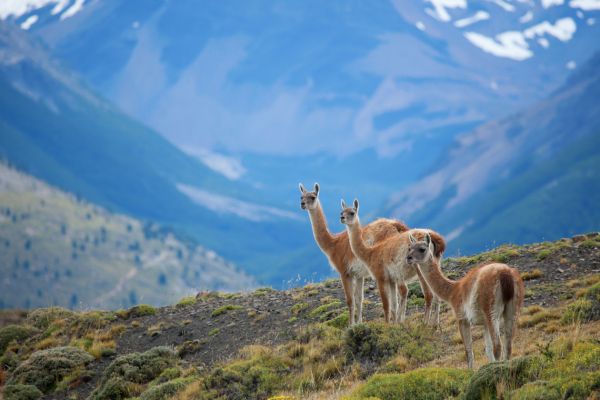 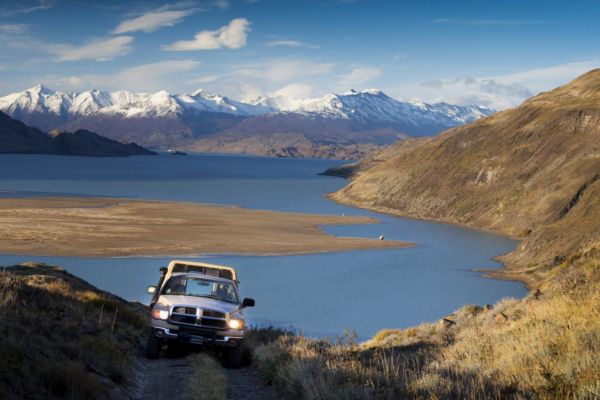 Tour Leader
Neill van den Berg was born in Hackney to a Scottish mother and Dutch father and has lived in Holland since the age of 6. His 11 years in the Dutch Marines took him to many places and during the past 7 years as a tour leader, he has travelled on every continent. He regularly guides extended tours to South America, including Patagonia and Peru. In his free time, he enjoys star photography, hiking and ancient history.

Off the beaten track
Please be aware that electricity and water supplies may occasionally be erratic and travel arrangements may be disrupted. Kudu Travel will endeavour to do everything possible to ensure a smooth-running tour, but please be ready with your sense of humour and tolerance when travelling in Patagonia.

Visa and Health Requirements
Visitors from the UK and USA currently require a valid passport, but not a visa, for entry to Chile and Argentina. Please note that US citizens are charged an entry fee for Chile. Tourist Cards are issued on entry and it is important to retain your half until you leave. If you are a national of any other country, please check visa regulations with your nearest Embassies of Chile and Argentina.

At present, there are no specific and/or compulsory health requirements for entry to Chile and Argentina, but you are advised to consult your doctor at least 6 weeks before you travel about updating your immunisation against Hepatitis A, polio, tetanus and typhoid, or anything else they may consider advisable. You may also wish to check the advice given to travellers by the Department of Health and the FCO.

Size of Party
This trip will run with a minimum of 6 and a maximum of 14 guests.

November is the beginning of the southern hemisphere summer. Average high/low temperatures are 20°C/4°C in Buenos Aires, 17°C/0°C in Bariloche, 22°C/8°C in el Calafate and 25°C/16°C in Ushuaia. 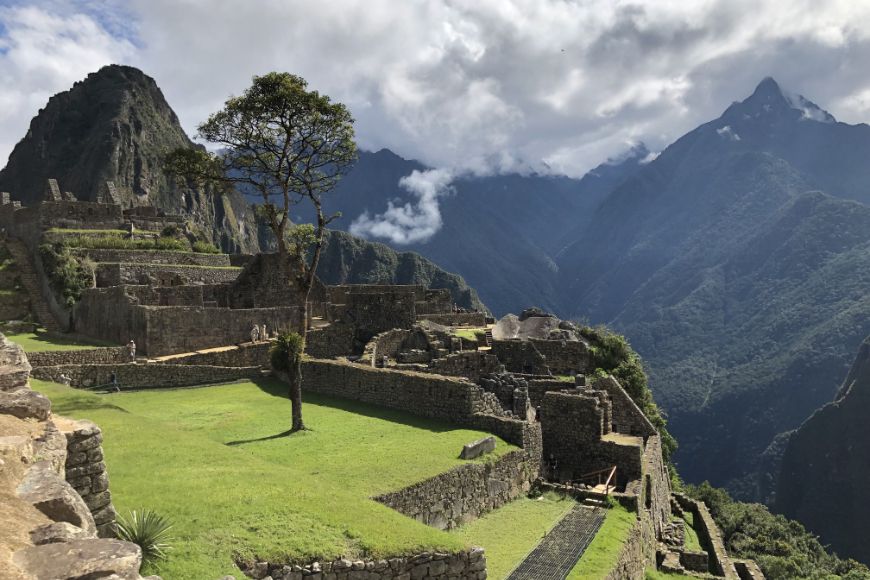 Kyrgyzstan: Walks and Wildflowers in the Mountain Valleys 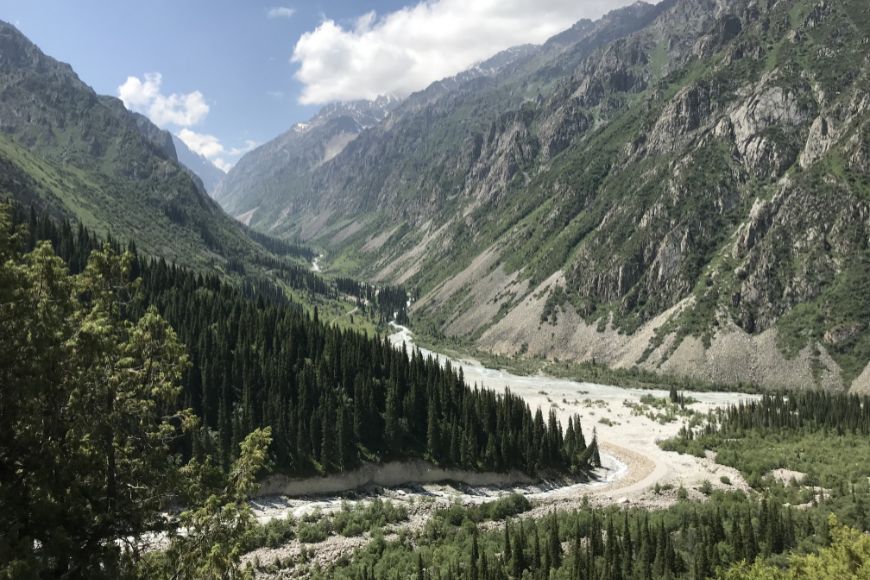