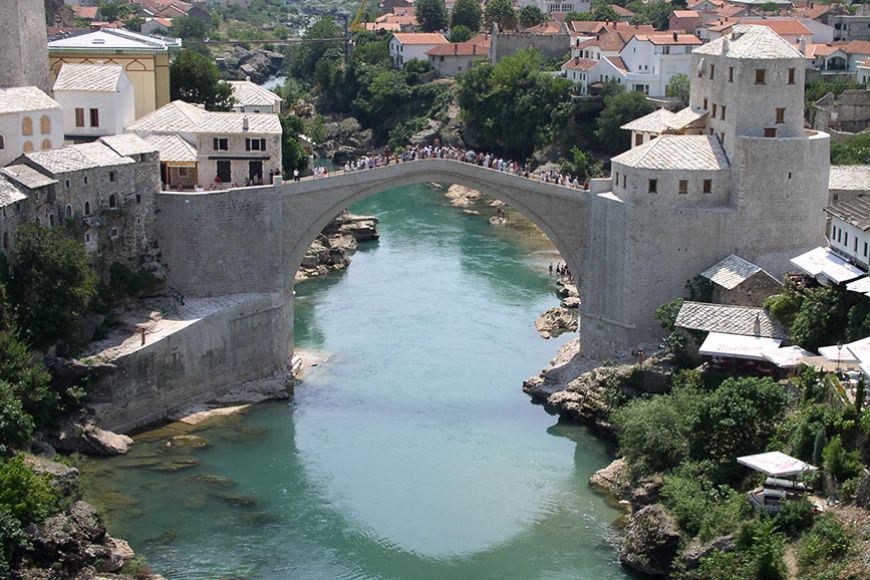 Sarajevo: a City at the Crossroads between East and West


Sarajevo has always been a meeting place for different cultures, peoples and ideas, a link between East and West. Though traces of the siege of the 1990s can still be seen, the city today is once again thriving, and proud of its revival as a centre of multi-cultural tolerance, diversity and traditional hospitality.

A central hotel provides a comfortable base from which to take a guided tour of the historical centre. A major Orthodox church, a 16th century Muslim mosque, a Jewish synagogue and the city’s Catholic cathedral are all within a few hundred metres. Discover fascinating museums and the craftwork still practised in the atmospheric bazaars and travel to the highland village of Lukomir and the world famous mediaeval bridge of Mostar.

Sarajevo is accessible by daily Austrian Airlines and Lufthansa flights and we can quote for land-only or flight inclusive holidays, as required.

HIGHLIGHTS of our Sarajevo tour include:

'Sarajevo was a very novel place to us - our first experience of a predominantly Moslem city (outside West Yorkshire!). We would not have contemplated a visit without a guide.
We were met in good time at the airport, and then asked the pace at which we wanted to proceed. We had a comprehensive walking tour, but the most valuable aspect of the first day was discussing our guide’s personal experience of a war childhood. Explanation of local cuisine, and two entirely unfamiliar food types and settings, was very useful.
Second day visits were also very appropriate. The two out - of - town days, in the hills and the long drive to Mostar, were an excellent contrast, as well as giving a chance to visit an additional city.'

'A fascinating trip. I was able to see for myself Sarajevo and the surrounding mountains. Also a chance to have a glimpse of the lives of the people of Bosnia and Herzegovina and what they have to cope with. Thanks for another super trip.'

If you would like to see more of Bosnia Herzegovina, why not consider Kudu Travel’s cultural walking tour running 6th - 17th September 2020. 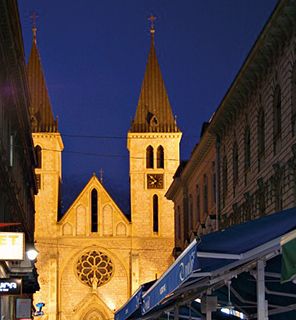 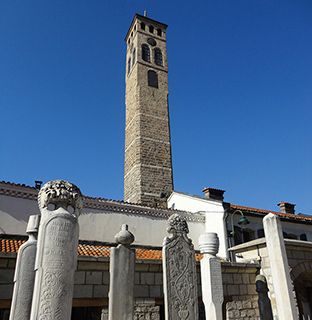 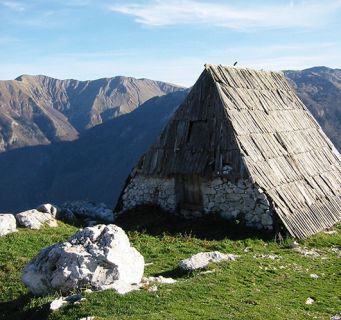 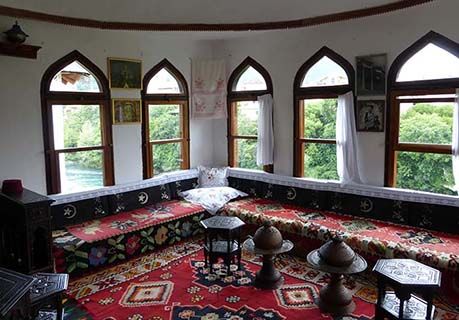 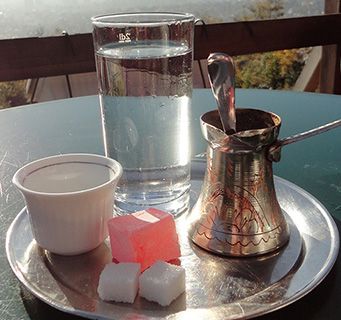 DAY 1
From Sarajevo airport, a 20 minute road transfer brings you to the heart of the old city. Once settled into your hotel room, enjoy a Bosnian coffee and patisserie in the celebrated Vienna Café, once the haunt of the city’s spies and intellectuals. Setting off on foot with your specialist local guide, you are soon in Baščaršija, the centre of the old Ottoman town and a good place for an introduction to the city’s complex history. Amongst the highlights are the 16th century Gazi Husrev Begova Mosque, generally considered the finest example of Ottoman Islamic architecture in the Balkans, and Morića Han, a renovated caravanserai, noted for its Persian carpet shops.

DAY 2
B included
Your guided walking tour begins at Sebilj Square, famous for its traditional craftsmen, such as silversmiths and makers of fine leather goods, and includes the frescoes and icons of the mid 16th century orthodox church. Continue to the spot where Gavrilo Princip assassinated Archduke Franz Ferdinand, thus launching the First World War, and visit the small museum dedicated to Austro-Hungarian rule in Sarajevo (1878-1918). A short drive out of town brings you to the moving and memorable Tunnel Museum, which documents the lifeline that saved Sarajevo during the 1,200-day siege. The remainder of the afternoon is free for individual explorations, perhaps in the Brusa Bezistan, the six domed covered market designed in 1551 by Rustum Pasha, Grand Vizier to Suleiman the Great, that now houses the Museum of Sarajevo, or people watching from a traditional coffee house, whilst partaking of a Bosnian coffee accompanied by rahatlokum (Turkish delight).

DAY 3
B included
A 2 hour drive through the scenic Herzegovina countryside brings you to Mostar, arguably the country’s most beautiful historic town and famous worldwide for its iconic high arched ‘Stari Most’ spanning the Neretva river. Built in 1566, it was destroyed in the conflict in 1993 and restored in 2004 with the re-opening being televised around the globe. In the nearby village of Blagaj, we visit the early 16th century Dervish tekke, a monastery constructed at the base of a 200-metre cliff to protect the source of the River Buna. We return by private transport to Sarajevo. At dinner, you may try Bosnian specialities such as grilled lamb or spiced beef and peppers cooked slowly in a clay pot, accompanied by very palatable Bosnian red wines.

DAY 4
B, L included
After an hour and a half drive through the Bjelašnica range in a 4WD, we arrive in Lukomir, Bosnia’s highest and most isolated mountain village at 1,469 metres. The medieval traditional lifestyles of the Dinaric highlanders are still practised here, providing a unique window into old Europe’s past. Traditional dress, the occasional turban and fez are still worn and go hand in hand with more contemporary everyday life, electricity and running water. On the edge of the village, we walk to see views of the 800 metre deep Rakitnica Canyon and of neighbouring Obalj and Visocica mountains before returning to Gornji (upper) Lukomir for a traditional homemade lunch prepared by your hosts. Learn about the difficulties and rewards of earning a living as shepherds in such a challenging environment.

DAY 5
B included
Depending on your flight, there may be time to visit the Jewish quarter, established by Sephardic Jews expelled from Spain in the 15th century, or Svrzo’s house, the museum home of a wealthy 18th century Ottoman family, or do some carpet buying before a transfer to the airport.

Ovo Malo Duse – small 3 star hotel in the Baščaršija quarter
£ 820 per person, based on 2 people travelling and sharing a room
£ 120 single room supplement

Please note that the single room supplement is imposed by the hotel and not by Kudu Travel.

Visa and Health Requirements
Visitors from the EU, USA, Canada and Australia currently require a valid passport, but not a visa, for entry to Bosnia-Herzegovina. If you are a national of any other country, please check visa regulations with your nearest relevant Embassy.

At present there are no specific and compulsory health requirements for entry to Bosnia-Herzegovina. You may wish to check the advice given to travellers by the Department of Health and the FCO.

Sarajevo: a City at the Crossroads between East and West

Considerable city walking with cobblestones, uneven pavements, steps in and out of museums, mosques and churches etc. Comfortable walking footwear is recommended. 1 day in the countryside with an optional 2 hour walk on a rough and stony track. 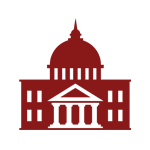 This tour is available from May to September.